KöZ Gazetesi
Ana Sayfa Çeviriler KöZ is a Communist Newspaper to be Utilized for Unification of Communists... 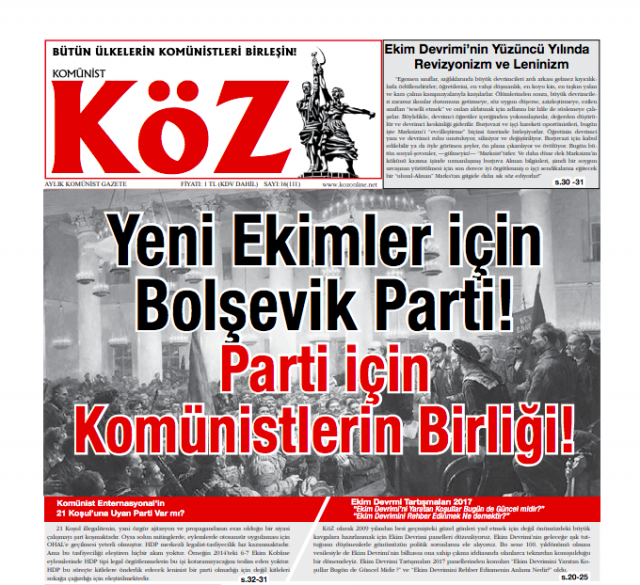 Certainly, KöZ is not the first or the only newspaper aiming for a classless and borderless world.  Nor does KöZ distinguish itself from the others as being “the most communist” or “the real communist”.  Communists standing for KöZ will not draw demarcation lines between those who recognize their communist identity in a worker’s movement or revolutionary fronts and those who don’t with any quantitative measures. To differentiate among those who claim to have common aims, KöZ is going to use political measures.  For instance, recognition of definitions such as opportunists, social chauvinists, reformists, liquidators, social patriots are necessary and meaningful to distinguish among those claiming to have the same identity.  KöZ will take great pains to draw demarcation lines as such.

If the problem is only to identify the “real communists,” those who stand for KöZ are where they are because they have already made this decision. We realize that many other organizations share our attitude in one way or another.  Thus, KöZ is not being published to renew its faith or to investigate and evaluate the faithfulness and devotion of others.  KöZ will not make an effort to demonstrate who is more communist through theoretical discussions or polemics. We know that the destination we aim for is a situation that will be designated by the masses whom we claim to lead.  That’s why we are in a patient rush to become a party and to distinguish ourselves, without any hesitation, from opportunists and demagogues.

KöZ subscribes to the claim in the Communist Manifesto that “communists are superior to the rest of the proletariat since they clearly comprehended the trend proletarian movements follow, the progress of the conditions of the movements and their ultimate aims”, and is determined to give its due. KöZ will take great pains to distance itself from chatter-boxes who believe that competing with bourgeois thinkers and politicians is the main conclusion of this finding. KöZ wants to differentiate itself from other trends within the proletarian fronts, and keep at a safe distance doctrinaires who depart merely from theory, and pay compliments to general problems and desire to resolve the contradictions within the existing framework-their claim of subscribing to communist aims and principles notwithstanding.  Doctrinaires – who handle problems of class struggle through so-called general and principled approaches, and weave the fantasy of remaining innocent and clean by avoiding the complexities of the partial and daily problems of daily class struggle.

The number of such doctrinaires always increases during reactionary periods.  The only difference between them and those seized by the tide of daily struggle is that doctrinaires stay away from the practice. And it is not that doctrinaires are more interested in theory than practice-they are doctrinaires precisely because they are afraid of dealing with the complexities of theory.  Inactivity and aversion and resentment towards theory usually flourish among doctrinaires. Those engaged in practical activities actually deal with the problems of theory more than those who claim to prioritize theory.  KöZ will follow a path addressing the needs of those engaged in practical activities.

KöZ does not see its communist identity as a quality materializing in theoretical comprehension and ideological superiority.  It aims to demonstrate this quality by becoming “the most determined and leading segment” of the workers’ movement.  KöZ will be a political newspaper- not a theoretical exposition.  KöZ is a pamphlet of communists who are aware that the solution to political problems will come through political struggle and the instruments of that struggle.  KöZ is not being published to provide an interpretation of political struggles but to ensure that working classes become the sovereign classes.  KöZ is being published to provide the requisite ammunition, not to communists who –whether or not they claim the same identity- differentiate themselves from others through self-definition or merely through theoretical perspectives but to those who differentiate themselves through concrete attitudes towards concrete political developments.  It is obvious that this differentiation cannot be made in advance; the demarcation line will be drawn within the political struggle and with the terms of this struggle.  KöZ is being published to draw and clarify this demarcation.

KöZ is the publication of communists who aim to establish a communist party, which is capable of leading the political struggle and make working classes the sovereign classes.  Of course, the number of people who fight against the daily and partial problems of class struggle and subscribe to similar aims is not small.  However, the majority of these movements tend to depart from the partial and daily problems for the sake of remaining concrete. Those moving in this direction are inclined to destruct the clarity of the general principles and simplicity of the aims and they go astray – swaying to the objective winds blowing from the right or the left – through an attitude that complicates the theory. KöZ aims to distinguish itself from those who make similar claims by guiding the interests of the proletariat as a whole against the daily and partial problems, and the interests of the International against national problems.

KöZ not only distinguishes itself from other trends within the workers’ movement, but also aims the active and organized unification of communists who recognize as their foremost priority the establishment of a communist party determined to distinguish itself from the general masses of the working class. It strives towards the amalgamation of the most revolutionary and the most conscious elements of the proletariat, on the way of establishing a party, through the decomposition strategy taught by the Bolsheviks.  KöZ is being published with this consciousness and the aim of materializing this will; it speaks to communists who do not pay lip service to communism but recognize it as a way of life; and its slogan is: “first the Union of the Communists”.  It is being published by communists who give precedence to formation of the union of Revolutionary party and is addressed to communists who feel the same responsibility.  However, KöZ will not be a discussion platform, as it is often demanded these days, but an instrument of a struggle which hits the chosen targets with clear ideas and well-guided action.  The sincerity and effectiveness of KöZ is not based on the fact that it says what it desires, but will be determined by the fact that it will do what it says and say what it does.

KöZ, as a newspaper addressing the communists, is not being published for communists to make them think straight. Neither is KöZ being published for the internal discussions of communists preparing to establish a communist party-it is for the mutual awareness and exchange of experiences of those who share the same aims and principles.  It is not meant for those who need a communist publication to read and leave aside or to tutor others, but to be used in practical political activities. It wants to help by building a scaffolding on which those who struggle in the process of establishing a communist party will communicate amongst themselves.

It is evident that such a function cannot be effectively fulfilled by a monthly newspaper. The reason KöZ is being published monthly is directly related to the incapacities of those who support KöZ and to the fact that that communist revolutionaries were also affected badly by the wave of liquidation we are in.  Nevertheless, KöZ is not published to get used to this situation but to overcome it.

In terms of content and style, KöZ is a weekly newspaper, although it is published monthly. KöZ will not use the advantage of being published less frequently while engaging in polemics with its more frequently published counterparts. It is aimed that both the preparation and utilization time of KöZ will eventually be reduced. And once this goal is reached, the publication of KöZ will be more frequent. To ensure that this is achieved, KöZ will be an easy-to-use newspaper, one that gives more weight to the articles of readers who are also the contributors.  The needs of communists not fulfilled by this newspaper will be satisfied through other publications of the Revolutionary KöZ publishers.

KöZ mainly aims to be a platform that will centralize the efforts of creating a communist party –in the Bolshevik line. It is aware of the vacuum of revolutionary leadership and takes the organizational and political responsibility to overcome this problem, it will draw common lessons from similarly-directed experiences, and become an instrument to consolidate the political quality of communication among communists engaged in the same struggle and devoted to the same aims and principles; and a guide which will communalize the political activities of communists in the direction of a communist party.  Aware of the fact that in order to share the victory it is necessary, now, to share the responsibilities, it wants to establish the communist solidarity committed to aims and principles in the first place.  KöZ, in its life span, will be in an insistent and careful ardor to make this claim real.

From the segment of class struggle in the land we live in, the call of KöZ to the militants and organizations who share the same aims and principles to eliminate class struggle in the world, who have come to terms with organizational tasks, who have made communism their aim and revolution a life style, who are willing to sacrifice their energy, ability and maximum capacities, is as follows:

In order to lead an initiative that will centralize the disconnected struggles of organizations in partial and local activities, partial theoretical-political efforts and to fulfill the responsibility you are obliged to; Step ahead, take responsibility and share responsibility! 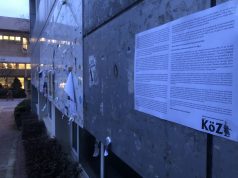 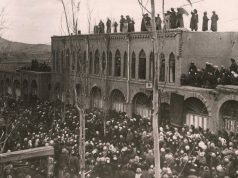 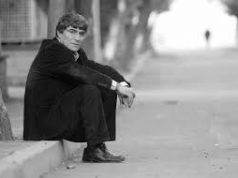 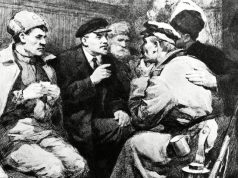 Some Theses on War and Peace 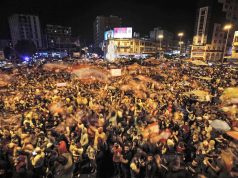 While 2019 Ends, Riots in the World and Revolutionary Situation in Turkey 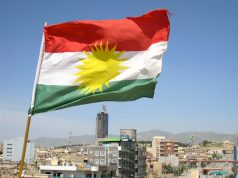 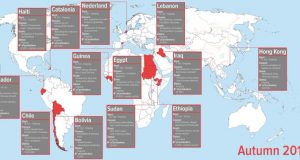