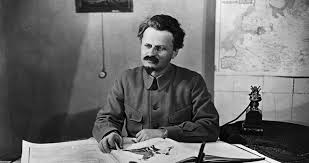 The main weakness of the revolutionary strategy of Trotsky is not the fact that he disregards the importance of peasantry, or that he rejects the proletariat-peasant alliance:

“Not only the agrarian, but also the national question assigns to the peasantry – the overwhelming majority of the population in backward countries – an exceptional place in the democratic revolution. Without an alliance of the proletariat with the peasantry the tasks of the democratic revolution cannot be solved, nor even seriously posed. But the alliance of these two classes can be realized in no other way than through an irreconcilable struggle against the influence of the national-liberal bourgeoisie.  (Permanent Revolution, Basic Postulates)”

In the third section of the“Permanent Revolution” brochure that Trotsky wrote in 1931, he clarifies the differences between his conception of revolution and the Leninist understanding in these words:

Indeed the main crux of the disagreement between Lenin and Trotsky was exactly this point. Because Trotsky saw these differences in political dynamics as insignificant divergences, he continued to bring to the forefront these disagreements even as he was in a power struggle with his competitors to prove who was more Leninist.  In a way Trotsky was right in this approach, his competitors shared the same perspective with him, and they must have seen the differences between Lenin and Trotsky on these issues as largely unimportant so that they went on to attack Trotsky with a charge that was untrue, blaming him for disregarding the importance of the peasantry in the revolutionary process.

However, the most crucial part of the debate on revolution was actually this issue which Trotsky and his adversaries repeatedly overlooked as unimportant. This was the crucial issue because it outlined all the main differences between Lenin and Trotskyism together with all the other shades of Menshevism.

In Trotsky`s view soviets were not organs of government but actually organs of insurrection, and his view was most similar in this regard with Kautsky.  The proletariat as a class, once successful in their insurrection should transfer the power to party which had lead the proletariat to the revolution.

“A democratic dictatorship of the prolelariat and peasantry, as a regime that is distinguished from the dictatorship of the proletariat by its class content, might be realized only in a case where an independent revolutionary party could be constituted, expressing the interests of the peasants and in general of petty bourgeois democracy – a party capable of conquering power with this or that degree of aid from the proletariat, and of determining its revolutionary programme. As all modern history attests – especially the Russian experience of the last twenty-five years – an insurmountable obstacle on the road to the creation of a peasants’ party is the petty-bourgeoisie’s lack of economic and political independence and its deep internal differentiation.” (Permanent Revolution, Basic Postulates)

Secondly, even if the peasantry could bring into being a revolutionary party which represents it, this party would make demands that would subvert the socialist measures that the party of the proletariat would want to make this one, making the coalition of these two forces such a short lived one that “it was fated to dissolve itself in the space of 24 hours  For all these reasons Trotsky saw the democratic dictatorship of the proletariat and the peasantry as a naive, abstract and unrealistic formulation.

“I have demonstrated in detail elsewhere that twenty-four hours after the establishment of a “democratic dictatorship” this idyll of quasi-Marxist asceticism is bound to collapse utterly. Whatever the theoretical auspices under which the proletariat seizes power, it is bound immediately, on the very first day, to be confronted with the problem of unemployment. An explanation of the difference between socialist and democratic dictatorship is not likely to be of much help here. In one form or another (public works, etc.) the proletariat in power will immediately have to undertake the maintenance of the unemployed at the state’s expense. This in turn will immediately provoke a powerful intensification of the economic struggle and a whole series of strikes. […]If this means that the peasant party, which shares power with the social-democrats, will not allow the unemployed and the strikers to be maintained at state cost and will oppose the state’s opening of factories and plants closed down by the capitalists, then it also means that on the first day of the coalition, that is, long before the fulfillment of its tasks, the proletariat will enter into conflict with the revolutionary government. This conflict can end either in the repression of the workers by the peasant party, or in the removal of that party from power. Neither solution has much to do with a “democratic” dictatorship by a coalition.” (Trotsky, 24, p282)

Lenin on the other hand had a different party conception than Trotsky and all the Mensheviks.  He saw the communist party not as the representative of the labor class, but as the party which leads the proletariat through defending their universal interests.  It was for this reason that  Lenin was able to differentiate between the Labor Representatives Soviet,and the communist party which led the workers in these governing organs to certain political aims.

Lenin, in his polemic with Kautsky straight after the October Revolution,explained how the process in Russia proved his analysis correct by stating “Everything happened exactly as we described it.The development of the revolution  made it clear that we were correct in our way of thinking.First we were together with the whole peasantry fighting against the autocracy,against the wealthy landowners,against the feudalism. Then together with the poor peasantry, the semi-proletariat and the entire mass of the oppressed we struggled against the wealthy peasants, the kulaks the profiteers and capitalism.We took the bourgeoisie revolution to its end,and the entire peasantry followed in our wake.The opposition of the entire peasantry  to the socialist proletariat could not come alive all at once. The soviets brought all the peasantry together. The class divisions within the peasantry were not apparent for all to see, they had not come to their full fruition…

This process of differentiation rapidly developed in the summer and autumn of 1918. The Czech counterrevolution awakened the kulaks. A wave of kulak insurrections sweeped through Russia, helping the poor peasantry to learn not by words but by acts and life that its interests and the interests of the kulaks, the wealthy and the rural bourgeoisie was irreconcilable… After completing the bourgeoisie revolution with the whole of the peasantry, the Russian proletariat who successfully partitioned the peasantry, and won the rural proletariat and the semi-proletariats to its cause, uniting the forces which were against the kulaks ,the rural bourgeoisie as well as the whole bourgeoisie, took the next step which was the socialist revolution (Renegade Kautsky 85-87. Doubtlessly the Russian revolution confirmed all the predictions made by Lenin.

All these points highlight why the differences between Lenin and Trotsky on the issue of political mechanics is crucial. It is certainly worthwhile to remember that we are talking about an arcane detail. The point we are trying to make is not a speculative one  about whether an revolutionary alliance between peasants and proletariat is possible, or whether the role of the peasants will be reduced to supporting the proletariat in its struggle in the time of the revolution. What is at stake here is what the definitive quality of a proletarian dictatorship should be: a proletarian government formed by the communist party or the soviets of the toilers and proletariat.

Even more importantly what we are discussing here is the nature of the relationship between the communist party and the proletariat. Those who see the defining characteristics of a proletarian dictatorship as the communist party coming to power, will in turn argue for the communist party to be a mass party, which even before the revolution should style itself according to the principles of a labor party. In fact this is exactly the route that their thought process follows. However, it is exactly this Menshevik view that divided the Russian Social Democrat Party into hostile camps of Bolshevik and Menshevik in 1903. In this congress the Mensheviks were arguing for a loose party organization which would have hazy boundaries. The Bolsheviks on the other hand argued for a party that would lead the class rather than represent it, and insisted on the importance of a party which had clearly set boundaries, which meticulously seperated itself from the laboring mass, and had iron discipline. An then onward all the discussions between the Bolsheviks and the Mensheviks always were related to this main issue. It is not coincidental that the same can be said for all the discussions between Lenin and Trotsky. 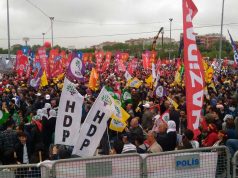 Bolsheviks Called the 1915 May Day “the Day of the Bourgeoisie” 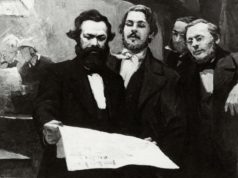 Address of the Central Committee to the Communist League 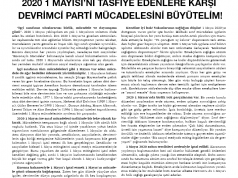 Let’s Grow The Revolutionary Party Struggle Against Those Who Liquidated May 1, 2020! 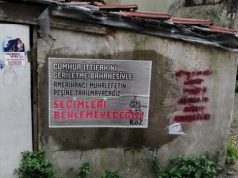 WE WILL NOT WAIT FOR THE ELECTIONS 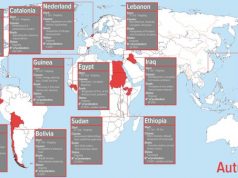 Statement of Köz: The Weakest Link of Imperialist Chain Is Under Our Feet 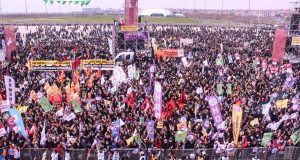